Our Melbourne electrician shares why everyone is switching to LED lights

Our Melbourne electrician shares why everyone is switching to LED lights

If you ask our electricians in Melbourne, there’s a very good reason new bulbs (and LED lights in particular) are taking the market by storm.

LED lights are the future. They’re much better than old incandescent bulbs for a number of reasons. In fact, we’re certain that the vast majority of Melbourne homes will be using LEDs in the very near future.

Are you planning a renovation job in the near future? Or are you simply looking to brighten up your home?

Whatever it is you’re planning, LED lights are the way to go – here’s why you should think about making the switch!

“You’re pretty confident LED lights are the future – why’s that?” we hear you asking.

The answer: they’re just that good.

Traditional light bulbs use filament – in other words, a thin wire. Electrical currents run through this filament, heating the wire filament until it reaches the point where it starts glowing.

By contrast, LED (Light Emitting Diode) lights use a semiconductor to achieve the same effect.

It’s much more technical than that, but for our purposes, all you need to know is that this makes LED lights considerably better than older types of bulbs in just about every single way!

Our electricians in Melbourne perform all sorts of electrical work, including lighting upgrades.

Out of all the different types of light and bulb out there, we’ve noticed that LED lights are the most effective, hands-down.

Like we mentioned above, traditional light bulbs heat a wire to the point where it starts to glow from the heat.

With lots and lots of electricity, of course… and that’s the big problem with traditional light bulbs right there.

Not to mention, a lot of the energy these bulbs generate isn’t even light at all, but heat – that’s a lot of electricity simply going to waste (but more on that later!)

By contrast, the semiconductors used in LED lights need considerably less electricity to light up – to the tune of 75% less power, to be exact (though some newer bulbs are even more efficient than that).

And that directly translates to lower power bills – something that we can all get behind.

Not to mention, a lot of the energy these bulbs generate isn’t even light at all, but heat – unless you’re using your bulbs as heaters, that’s a lot of electricity simply going to waste!

Not only that, but all of the electricity they use is converted into light.

For the same amount of electricity usage, an LED light can output considerably more lumens (the unit of measurement for brightness) than a traditional bulb.

This makes them great for lighting up large rooms and areas.

Of course, there’s no rule saying that you need to replace your bulbs with LED lights that use the same amount of watts.

Lower energy usage isn’t the only way LED lights can help you save electricity.

The problem with relying on a wire filament is that eventually, it’s going to break. Over time they can snap, wear out or come loose, all of which can stop the electrical current needed to generate light from flowing.

By contrast, the semiconductors used in LED lights are much tougher, and thus have considerably longer lifespans. Some can last up to 50,000 hours (that’s the equivalent of being on for 24 hours a day for 5.7 years straight!)

And that in turn reduces how often you’ll have to replace your light bulbs frequently. 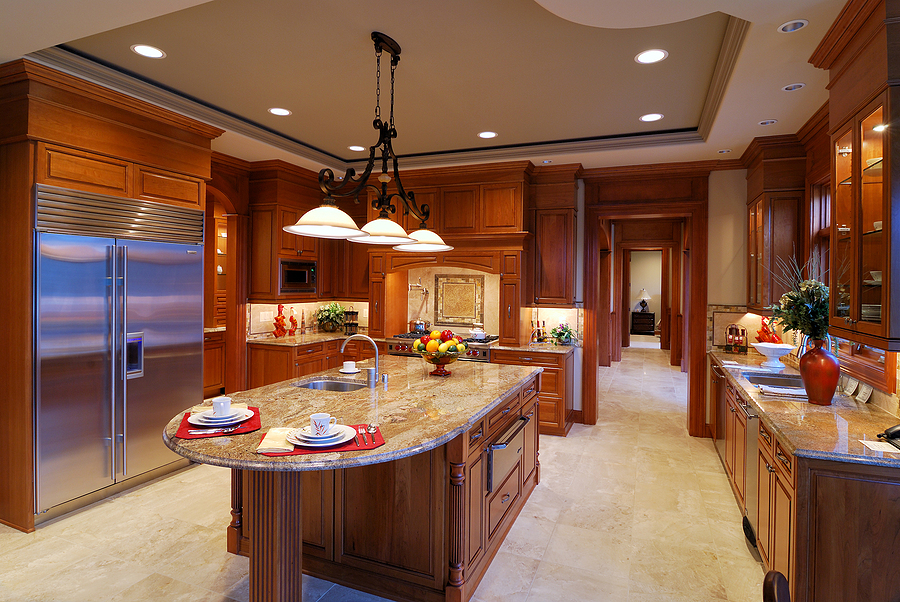 While there are many advantages to LED lights compared to traditional lights, one that doesn’t get as much attention is their flexibility.

Our electricians in Melbourne have used LED lights in all sorts of applications, ranging from industrial uses to small studio apartments.

Thanks to their brighter output, LED lights can scale up considerably higher than traditional bulbs, making them suitable for a much wider range of applications

However, that isn’t the only thing that makes LEDs so flexible and versatile.

Additionally, LED lights also come in a wider range of shapes and sizes, allowing you to use them in a much broader range of applications than traditional bulbs.

You can even find LED lights that replicate the appearance of traditional light bulbs too!

Whether it’s under-the-cabinet lighting for kitchen and countertops, to running lights along a stairwell or corridor, to Christmas lighting, LED lights are extremely versatile and safe to use for all kinds of electrical services in Melbourne.

Hopefully by now, you understand how much more efficient LED lights are compared to traditional bulbs.

Not only does this help bring down your power bills – reducing your electricity usage is also good for the environment.

If every lightbulb in the world was an LED, we’d be able to cut that number by three quarters!

Every little appliance counts when improving your home’s energy-efficiency, including lighting. If the goal is to reduce your carbon footprint, LED lights are a good place to start.

We use our lighting every day.

Naturally, something that sees so much use should be done properly, with bulbs that you know for a fact:

The Briggs team provides a wide range of electrical services in Melbourne.


From upgrades to your lighting with energy-efficient LED lights or help fixing an issue like a light switch that doesn’t work properly, our Melbourne electricians are ready to help you with all your lighting issues.

And it isn’t just lighting, either – whether it’s domestic or commercial electrical work, you can rely on our expertise and skills to get you out of all sorts of electrical issues.

Our licensed, friendly, reliable and experienced electricians in Melbourne are ready to help you anywhere you are in Melbourne’s CBD, east and Bayside region.

Need an emergency electrician for lighting and appliance failure?