How does a switchboard overload happen?

Home>How does a switchboard overload happen?
Previous Next

How does a switchboard overload happen?

Having a basic understanding of your electrical system is key in keeping you, your home, and your family safe.

If you get confused by terms like “switchboard” “fuse box” or “circuit breakers,” then it’s important that you begin to understand exactly what these things do for your home.

However, just with any other electrical work, only qualified electricians in Malvern can help you to fully understand exactly how efficient these components of your electrical system currently are and how concerned you should be in times of breaker box overloads.

The breaker box, also known as the switchboard, circuit breaker box, distribution board, or panel board is the electrical box outside your home, generally mounted on an outside wall near the front of your property, that connects power to your home.

The breaker box has the job of triggering breakers and cutting electrical supply when there is a power overload.

A breaker is an individual device that turns off all or certain circuits in your home or institution when it senses an overload to prevent any damage to your system or risks to your property and the people within.

Can you overload a breaker box?

Yes – your breaker box can overload when your home is using too much power at any one time.

This happens if you have too many appliances running overall or from one particular outlet in your home.

If your break box overloads it will most likely be from some type of overloaded circuit or overloaded power outlet, but it can also happen unnecessarily and frequently if:

Older homes may still use a “fuse box” which is an older version of a switchboard. It usually doesn’t have the most up-to-date breaker system, as the only breakers it uses are “fuses” – hence the name.

Fuses have a metal strip on their outside that melts at a certain temperature; the melting then triggers a trip or outage in your home. This means fuses can’t act instantly like more efficient breakers.

You need more modern breakers for your home, such as electrical safety switches in Victoria that can act instantaneously.

Speak to an electrical contractor in Melbourne about whether your breaker box is up to date and safe enough for your home’s modern electrical demands.

How can you prevent an overloaded circuit?

To prevent overloads altogether, try to avoid plugging in too many devices into one outlet.

Even if you use an extension board, it doesn’t make a difference as the power is streaming from the same source.

This can often be tricky, as you probably want your TV, sound speaker, VR, and Chromecast all in the one spot, and it’s convenient to connect all these things to one outlet. But this may not be practical nor safe.

Each circuit breaker has its own amperage – usually within 15 to 30 amps.

Generally HVAC systems have a dedicated circuit that runs 200 amps.

You can speak to our electrician in Melbourne about how much amperage each of your outlets currently holds and consider upgrading to a higher amperage outlet if you want to have the luxury of having all your devices in one spot.

Alternatively, you can consider having multiple outlets near each other if you’re keen for the ultimate gaming or TV room.

Otherwise to prevent an overload, you need to spread out your devices and appliances so that not all of them are using the same circuit.

How do you fix an overloaded circuit?

Tripping may seem like a scary thing, but it’s actually just your breakers responding to an overload by turning off your system to prevent damage to your wirings and home. In short, they are keeping you safe!

If you know you have experienced an overloaded circuit because of sparks or loud buzzing but there was no outage or trip, then you might want to consider speaking to an electrician.

Because if the breakers aren’t coming into force, then you might have an inefficient and unsafe system and breaker box.

When you experience an overloaded circuit, you should the following:

What happens when a breaker is overloaded?

Signs that a circuit is overloaded include:

If you experience any of these signs consistently, even after you’ve dispersed your appliances, speak to an emergency electrician in Melbourne as they are available 24/7 to fix your breaker box, or any other component of your electrician system.

Can an overloaded circuit cause a fire?

If you don’t monitor and investigate these consistent signs, or experience constant tripping or blackouts, then eventually an overloaded circuit may cause an electrical fire, putting you, your home, and your family at risk. 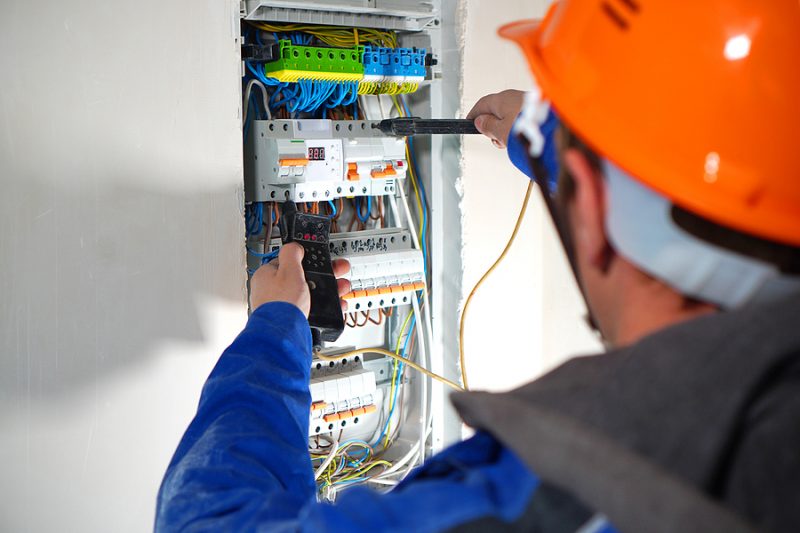 How do I keep my home safe from electrical overloads?

Briggs is an electrical company located in Melbourne’s South East that can give you advice, fix, replace, or install your:

Briggs is a dedicated team of professionals who strives in satisfying every customer, whether that be in homes, commercial properties, schools, or institutions.

If you’re searching for a local electrician near you, rely on Briggs’ 24/7 emergency team.